What is Open Source Investigation?

We want to make sure that the outcome of this work is used to support advocacy and accountability efforts. That’s our main goal.

On the other hand, Open Source Intelligence is being used to describe what Security Intelligence Agencies are doing to collect social media or publicly available data for intelligence purposes. This is not what we do, we do OSI – similar workflows but in order to support advocacy and accountability.

What are the advantages of using OSI tools compared to other methods of documentation?

This is very important. We started using these methods when we started our work in Syria in 2014. At the time we were facing a lot of problems when documenting incidents during the war. One of those problems is related to the lack of accessibility to certain locations where incidents of human rights violations happened. In a lot of cases witnesses would be documenting these incidents using their mobile phones or cameras and publishing the media on social media platforms. In Syria it became obvious that when incidents of human rights violations happened in areas we as civil society organizations don’t have access to – and even institutions like the UN don’t have access to – we would have to be working with what’s available. In that case what’s available would be the documentation of what happened that was published on social media platforms. This is one of the main benefits.

Secondly, OSI methods allow us to get a diverse perspective on what happened during certain events because all people have the freedom to collect and publish on social media platforms and create their own personal narratives of what happened in certain situations. In some cases this gives us a better idea about incidents of human rights violations and we get a diverse documentation – a diverse narrative. Of course, we need to go through the process of verifying it but from the start we have a broader foundation for documentation by a diverse group of people. This was simply not the case before people started capturing events on videos and publishing those on social media platforms.

The third benefit is the ability to corroborate witness testimonies. The traditional way of investigation is through interviewing witnesses, victims or their families. But the materials and the OSI workflows allow us to have a different type of evidence that can be used to corroborate documents or testimonies.

Also, I think that apart from justice and accountability the use of OSI and creating narratives through verified media content does not only help with accountability purposes. It ensures that this documentation becomes part of future transitional justice processes – another important thing this type of media can contribute to.

Could you explain one or two methods you use a lot, e. g. how the process of verifying works?

With OSI we are working with publicly available content that is either stored and published on social media platforms or on websites across the internet. Apart from collecting and preserving the media this work consists of verifying it.

We have different techniques to verify media content. Basically, there is geolocation, chronolocation and the verification of the date.

With geolocation the question is: Where was the media published from? We want to be certain when we say that a piece of media is from a certain country or region which is why we identify landmarks in videos and compare them with the same landmarks from satellite imagery. We corroborate the content of the video using publicly available satellite images.

We also verify the dates of the videos. For that we either use the metadata of the video itself or the upload dates and times of the content. Another way of verifying the date is to speak with the source or other witnesses. This is how we understand more about the content and are able to verify the dates. Sometimes the video comes from a CCTV camera that records date and time as well – that helps us a lot with the verification.

In terms of time we are able to verify it to a certain extent with the metadata itself or with the help of certain shadows, e. g. of buildings or trees. If we already know the date and location of the video, these shadows refer to a certain time of the day that we can then estimate. This method is called chronolocation.

Do people need a certain skill set to become involved with OSI?

I believe that anybody can contribute to OSI as long as the process and workflows are clear to them. The methods and workflows are quite simple and some of the tools are available for free. Basic verification can absolutely be done by anyone who is directed to do so.

It feels like with the war in Ukraine there is a rise in OSI methodology being used and also in the media coverage about it – would you agree? And why do you think that is?

As you know we’ve been using OSI methods since way before the invasion in Ukraine – since 2014 in Syria. So, we’ve been doing this work for years and during this time  a kind of community has developed around it. We faced a lot of difficulties at the start because there were no clear methods or workflows and no technical infrastructure. That has made things very difficult for us. There were no use cases of this method from the media, the advocacy or the accountability perspective – which is why it took some years for the work to develop and mature.

I think what happened in the case of Ukraine is that we now are at a stage where workflows, standards and methods are quite clear. There are different and solid organizations that have been working with those techniques as part of their investigation work for years. Also, there is more and more technical infrastructure that facilitates that type of work. That’s why we were able to start the work immediately when Russia invaded Ukraine a couple of weeks ago. But this wasn’t the case in other countries we worked with: It wasn’t the case in Syria, it wasn’t the case in Yemen and it wasn’t the case in Sudan for sure.

Also, politics absolutely plays a role in which human rights violations are being highlighted to international media outlets.

In the case of Ukraine the experience and community have been there for years. The technical infrastructure to facilitate the work is almost where it needs to be which allowed us to start working directly with Ukrainian organizations. The larger community understands the value of these methods very well, so the impact of OSI can be shown and highlighted a lot easier than in the years before.

You are involved in a number of projects. Could you explain what the Syrian (and Sudanese and Yemeni) Archive and your organization Mnemonic are doing?

We started the Syrian Archive during the war in Syria in 2014 and started working more on it in 2017 when we got the Prototype Fund funding which allowed us to work fulltime on the project.

Our main mission then was to create a counter narrative to the disinformation that was published by all of the actors in the conflict since 2011. We wanted to make sure that this narrative was based on media that we were able to verify – all based on facts. When we saw how social media companies were dealing with media content on their platforms because of their community guidelines we decided to prioritize the preservation of the content. When the content is preserved it’s accessible and available in the future.

Then we focused more and more on verification because we wanted to make sure that we build a counter narrative by facts and by having clear methods and workflows on how to verify media content so that our conclusions can be well seen and well tracked. Anyone reading the conclusion would see where it is coming from.

We did this work for several years between 2014 and 2018. In 2018 more and more civil society organizations started to value this kind of work. We got a request from Yemen in 2018 to set up the Yemeni archive and then in 2019 from Sudan. The requests all came from groups who also wanted to contribute in creating a counter narrative to the state narratives, to propaganda, to disinformation.

We realized we needed to be able to do this work on a larger scale with a different infrastructure. So, we registered Mnemonic as a non-profit organization in Berlin. Mnemonic’s role is to support journalists, human rights defenders and lawyers to effectively use digital information that is documenting human rights violations and international crimes in order to support advocacy and accountability efforts. That’s the main mission of the organization.

Through Mnemonic we’ve also been doing a project called “Rapid Response” to archive content – this is how we started the work in Ukraine a few weeks ago to make sure that content is preserved as a priority. We plan to set up the Ukrainian archive as well to make sure that content is centralized in one place and it can be used by Ukrainian and international organizations to pursue advocacy and to document the crimes happening right now.

I started the project in Syria because I am from there and I first-hand witnessed all the corruption and the human rights violations. My goal when founding the project was to have a way to counter disinformation and propaganda, an opportunity to use what people are documenting on the ground and make sure that this documentation is available and accessible in the future and can be used for justice and accountability purposes.

People risk their lives to document this content and when I looked into what was happening I saw very little of said content being used in Syria’s processes – what I did see was lots of propaganda without facts. I wanted to make sure that the voices of witnesses and victims are heard and amplified and that they are part of Syria’s processes that push for accountability and justice in the country.

While working on the Syrian Archive it became very clear to us that – because justice is blocked in Syria for so many political reasons – we would continue with our mission by spreading the knowledge that we gained in Syria to other countries and sharing it with colleagues from different locations. We don’t want them to have to start this process from the beginning because we know how hard it is without clear workflows and methods, without funding, standards or technical infrastructure.

What is the best way for people to support Mnemonic or other organizations that employ OSI to tackle disinformation in wars and other conflicts?

I think the most important thing is contributing to the verification work because this takes so many resources. It’s a manual process and therefore it’s crucial to have as big a capacity as possible. Apart from that the technical community can contribute to having better tools and software in order to facilitate the verification process and the archiving process from social media platforms as this is always a big challenge.

Also, people can contribute through donations to different groups and organizations that are doing this work because it is absolutely crucial that the people working with OSI spend a good amount of time doing this work.

The interview was conducted by Patricia Leu.

The research collective Bellingcat offers training for people who want to get involved in open source investigation: https://www.bellingcat.com/workshops/

Here you can learn more about 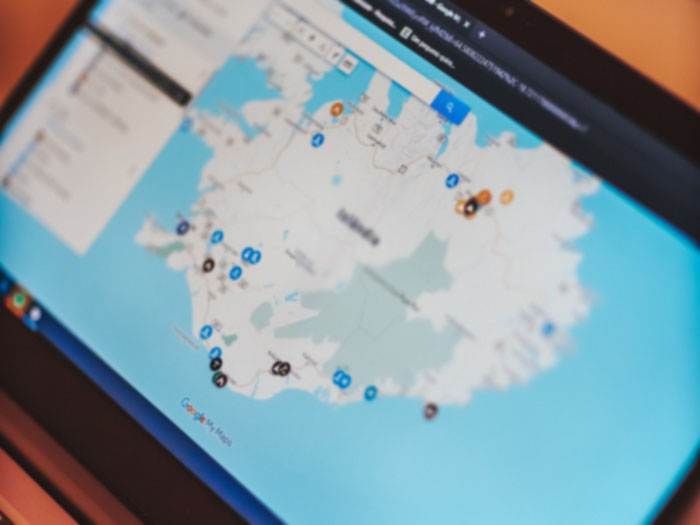