Noa Tamir and Tobias Sterbak are developing Law in Progress in the 10th round of the Prototype Fund. We asked them how they came up with it, why trial and error is crucial in civic tech, and what Germany can learn from this mentality.

What is Law in Progress about?

Tobias Sterbak: Law in Progress is basically about making the ongoing legislative processes in parliament more transparent. We try to build something to support people who research or report on parliamentary processes by giving them easier access to legal resources.

Noa Tamir: At the moment, if you had to read and understand the “Änderungsgesetzentwürfe” yourself – that’s quite cumbersome, even for people who studied law or work in journalism. That is why we want to make it easier for them to understand what is the before and after of the law so that they can focus on interpreting these changes. Most researchers or journalists want to read the language of the law and understand for themselves what is their take on it in addition to reading the explanation of the law makers/politicians who proposed the law. That is why reading the original text is important to them. Right now each and every person who wants to do that needs to trace the changes in the text individually. We want to provide a source that does the work once so that everyone can use it.

Why did you want to do the project?

Tobias: We both listen to the podcast “Lage der Nation” and in the beginning of the year 2021 there were multiple episodes in which the hosts complained about the very process of “Änderungsgesetzentwürfe”. We saw the problem, too, and figured that this was something we’d probably know how to fix. Also, we knew the Prototype Fund, and just saw an opportunity there.

Why is it important that seeing the changes in laws is accessible to everyone?

Tobias: Maybe we need a sort of disclaimer here: Saying “accessible” and “for all people” is probably already too strong because you do need some non-trivial legal skills to understand a legal text. That being said it’s still a lot easier to read the edited text than to read the “Änderungsgesetzentwürfe”

Noa: It is important for the public to know how laws are being made. And the faster journalists can see what is changed about a law the faster they can inform the public, so that we might react. Also, for researchers who are trying to study the changes over time and on a bigger scale our tool could be useful too.

“If government and civil society cooperate, they can help each other achieve much more.”

The new coalition agreement finally includes an obligation for the government to make changes in laws transparent. What are your thoughts on that?

Noa: For me transparency in general is a very big issue and I’m very glad to see this issue being addressed by the coalition. I wish there would be even more but it definitely is a step in the right direction. I’m already trying to see if we can find a way to connect with someone who is involved with this. I think it would be interesting to see where they are at and maybe talk about what our thoughts were, because we have been thinking about this for a while – as I am sure they did, too. It would be so nice if the official solution would be a bit more than “Here it is, print it out” and then it is yet another PDF. We were trying to do something that was a bit more technical, automatable and machine readable – so it could be useful for a few more things. So, if a government official approaches us to talk about Law in Progress – we are here!

Law in Progress is a classical civic tech tool: People from the civil society develop a tool or infrastructure that improves the people’s relation with the state, for example by making interaction more easier. Why is it that these technologies are developed by citizens and not the state?

Noa: I don’t think it’s a bad thing. I’d want the state to make digital infrastructure available so that Civic Tech tools can be built. Civil society has a lot of knowhow and can create tailored tools for specific needs of small communities, they know their needs the best.  But only the government can provide invaluable digital infrastructure and information from the top-down view. If they cooperate, they can actually help each other achieve a lot more.  As an immigrant, I think I have a different perspective on how these things work in different places. But Civic Tech is everywhere. It’s necessary. I think it’s very lucky that we have people stepping up and taking action. And I hope the public sector and the government will keep responding to this activity in the future. I feel like it has to be that way.

Noa, you mentioned your different perspective as an immigrant. Do you know examples of countries where the state is more active in developing digital infrastructure?

Noa: I can’t say for sure, but my feeling was that  digitalization happened a lot faster and there are a lot more tools in other places. Some things just seem slow to me here regarding digital infrastructure and availability of tools and solutions… The differences  in some areas are striking both in terms of regulation and in terms of the digital infrastructure. I think there are many reasons for that because of the different challenges that every country and every society faces.

Tobias: Germany still seems particularly scared of digitalization for some reason and it is still sort of “cool” for people to say they do not know how the internet works – even for government representatives to say the internet was new to them. If you are up for digitalization you would not feel comfortable saying that.

Noa: But there are also a lot of security flaws with countries that went fast. I do not know if you really want countries to move fast and break things.

Tobias: Also true. There is always a trade-off between “exploitation and exploration”.

Noa: I guess these different perspectives allow you to see things in a different way – but not necessarily in a judgemental way. Of course, I personally am missing a lot of digital tools because of my outside perspective. I had them before so I have this expectation.

“You have to recognize that some things might fail and might look bad. The question is: What do you learn out of it?”

I would agree that in Germany I sometimes feel like there is a certain fear of digitization and arguments that come with that are not necessarily logically founded. There is this whole discussion around data security which is super important but oftentimes also sort of a killer argument. People will say “We have to protect personal data” and that is the end of the project because nobody really knows how to handle it.

Noa: You also learn a lot by doing a few things wrong and that is a fear we have to remove here. If you start doing this you are not going to get everything right. It does not mean that you have to move fast and break things – you need to be as considerate as possible. And because of the mentality here, I guess there is potentially a lot that you could get right. But you still have to recognize that some things might fail and might look bad. The question is: What do you learn out of it?

Tobias: On the other hand there are a lot of things that can be digitized without having any privacy issues at all which is basically what we do. In LiP it is only public data. We do not want any personal information.

And if it is not the state itself that is developing the digital infrastructure, should it support the people who do in different ways?

Noa: The new coalition agreement promotes open source which I think is great – but who is going to pay for all of that? Where is the long term funding? The PTF can only fund a couple of projects – I wish there was more funding and with a different scope as well. Managing open source software comes with a lot of challenges and it would be great if the government wanted to support that. A specific task force that thinks about e. g . “Are there projects that we need?”, plans investments accordingly and also offers support on a management level would be amazing because developing open source software is not your typical full time job.

Tobias: It would be nice if the state recognized that digital infrastructure and civic tech are part of a necessary public infrastructure. It is really hard to maintain open source software in the long term without any funding. Also, it is not easy to stay informed and know about what kind of funding there is. A lot of projects would profit a lot from long term funding. Our project is pretty straight forward and there are no additional costs in terms of infrastructure etc. and it is not a risky project. But there are other projects that need additional funding to be maintained or that handle sensitive data and need support with that, too.

Noa: Also the whole backoffice side of it can be really challenging: Is it necessary to have a company? If so, of which kind? At least a quarter of your work as a developer would be figuring out how to do this. For some people that can be a big blocker: It is hard and it is risky. If there was a way to create a way around this and facilitate the process, e. g. in the form of a programme developers could join, that would be a big help.

Tobias Sterbak is a Data Scientist and Software Developer from Berlin. He has been working as a freelancer in the field of Natural Language Processing since 2018. On the blog www.depends-on-the-definition.com he occasionally writes about topics in Machine Learning and Natural Language Processing. In his private life he is interested in data privacy, open source software, remote work and dogs.

Noa Tamir is a Data Science Consultant from Berlin. She has been organizing meetups, conferences, and other activities for the R and PyData communities with emphasis on diversity, equity and inclusion since 2016.

The interview was conducted by Patricia Leu. 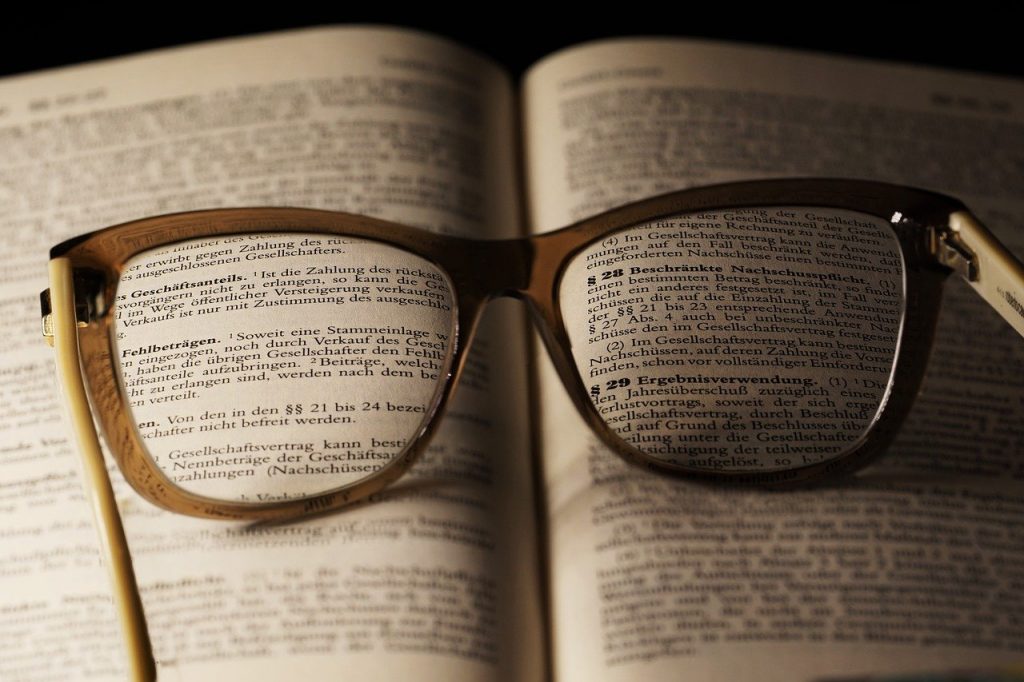